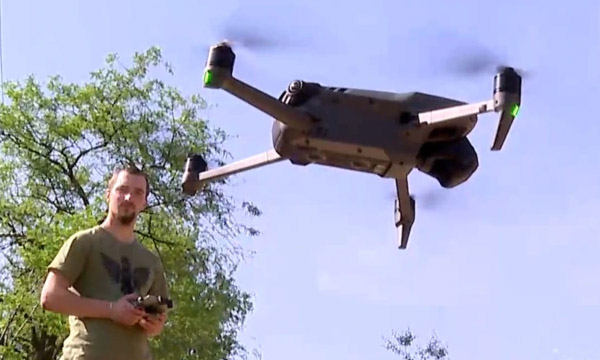 "...video shows a close-quarters 'duel' fought between a pair of quadcopters..or UAVs, the kind that are familiar to hobbyists...

"Descriptions of the incident as a 'WW1-style duel' or of the Ukrainian drone 'destroy[ing] a Russian opponent' are a little fanciful, to say the least. It isn't clear to what degree the operator of either the Russian or the Ukrainian UAV was attempting to take down their opponent..." 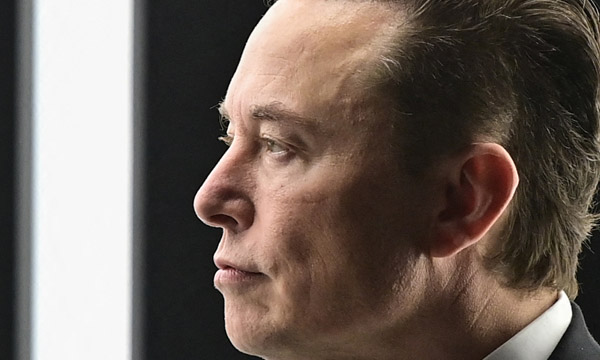 "...the Delaware Court of Chancery unsealed an Oct. 6 filing by Twitter's lawyers alleging that the Tesla and SpaceX CEO is under federal investigation.

"So instead of waging war against Twitter on, um, Twitter, Musk has been dabbling in an actual war..proposed a plan to end Russia's conflict with Ukraine...also suggested Taiwan become part of China - a country on which Musk’s Tesla relies for materials, so this was yet another red flag."

Denver's E-Bike Rebates Are So Hot They're Gone Within Minutes 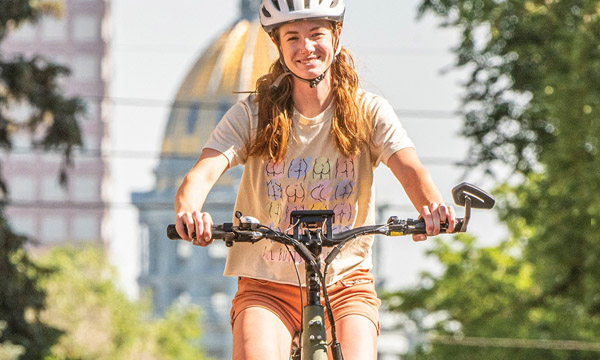 "The rebate program offers Denverites between $400 and $1,700 off the purchase of an e-bike.

"The Denver initiative grew out of a 2020 vote in which residents approved a 0.25% sales tax increase to provide $40 million in funding per year for climate action...

"Residents this month scooped up the latest lot of 400 vouchers within minutes of them becoming available on the city's online portal. It was the fifth round of the monthly program."

What Works for China's BYD In India - And What Doesn't? 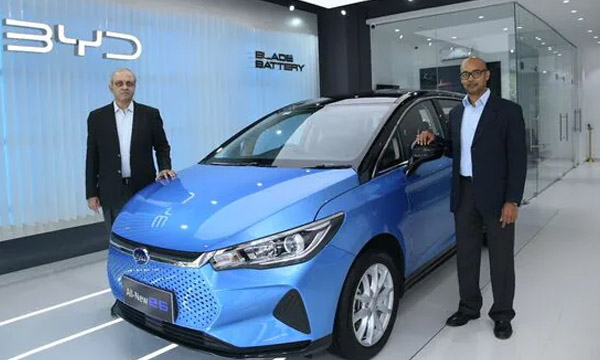 BYD "has been in India for a very long time. It entered the country in 2007 with an electronics manufacturing plant in Chennai and entered electric buses six years later.

"Batteries are already in great demand globally...This makes BYD's fortune more secure and gives it the advantage of fighting the bureaucracy that has thwarted Chinese investments in the country...One can hope that...the government...will allow it to soar."

"There's A Bit of A Cultural Issue": Sec. Pete Buttigieg Gets Real About the EV Revolution 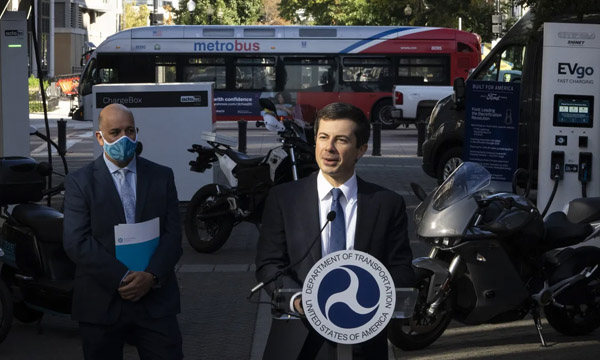 "Recode spoke with the secretary of transportation about winning over rural drivers and surmounting other roadblocks to the EV transition.

"...every internal combustion vehicle purchased in lieu of an EV could be on the road for years, continuing to emit carbon dioxide and exacerbating climate change.

"There’s a long road ahead, though. Take the government’s delayed efforts to electrify its own vehicles." 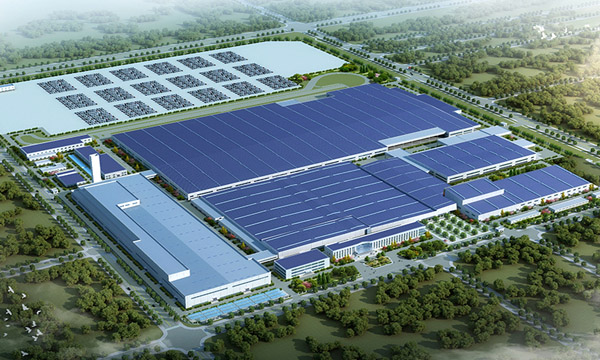 "A new 'battery belt' is emerging in the United States as automakers from around the globe race to meet the overwhelming demand for fully electric, zero-emission vehicles.

"U.S. capacity additions were sporadic until recently when the pace of new announcements picked up. Six new facilities, worth more than $5 billion, were announced from 2018 to 2020...Since the start of 2021, more than 15 new facilities or expansions have been disclosed..." 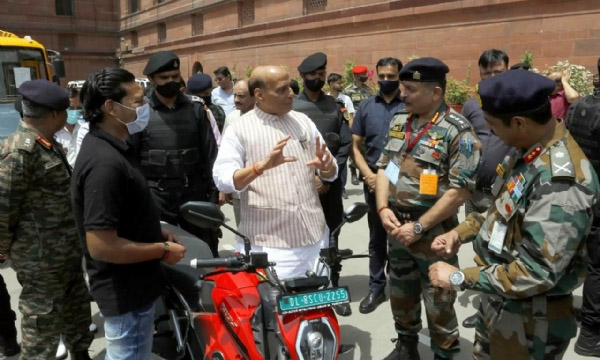 "In line with the national focus on reducing carbon emissions, the [Indian] Army has put into plan a road map to induct electric vehicle...

"Keeping in view the necessity and employability of EVs over various terrains, the Army will equip a few units located in peace stations with EVs sequentially. Around 25% light vehicles, 38% buses and 48% motorcycles of the select units and formations will be changed to EVs..." 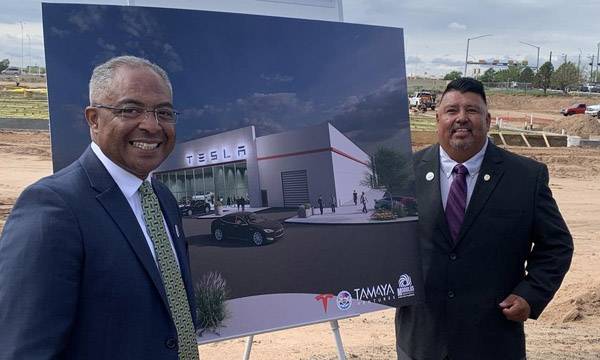 Tesla "couldn't sell in New Mexico for a long time due to a law prohibiting direct car sales and repairs.

"The ban on direct car sales and repairs was originally put in place to prevent local dealerships from being put out of business by manufacturers...

"On Santa Ana Pueblo land, Tesla skips the state law by following what the tribal government offers in its bylaws, direct automobile sales to customers." 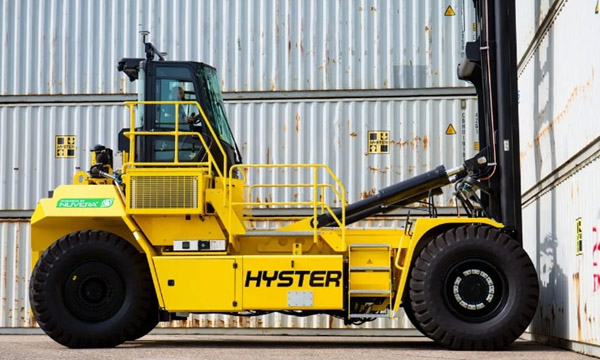 "Hyster expects that refueling the container handler with hydrogen will take around 15 minutes, and that will provide 8 to 10 hours of continuous run time. The HFC-powered top pick will only produce water and heat..."

EV Adoption Has Reached A Tipping Point. Here's How Today's Electric Fleets Will Shape the Future of Mobility 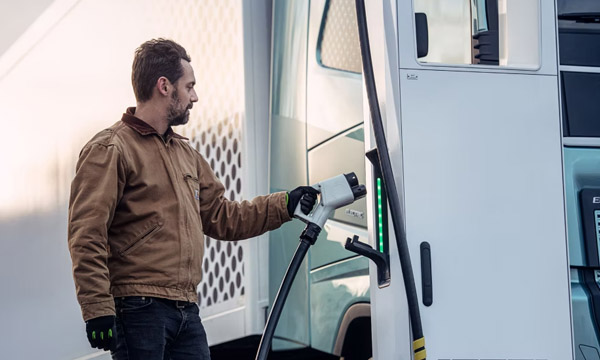 "The number of zero-emissions trucks (ZETs) available has dramatically increased over the past few years. In 2019, there were 20 models of Class 2b-8 ZETs available for purchase in the United States. In 2021 that number rose 625% to 145 models. It’s expected to increase again this year to 165 models by 2023...From pickups and yard tractors to delivery vans and school buses, fleets are rapidly beginning their electrification journey."

The Dubious Math of AEG

Is it really cheaper to drive 100 miles in a gasoline car than electric?