TODAY IN OUR EV WORLD 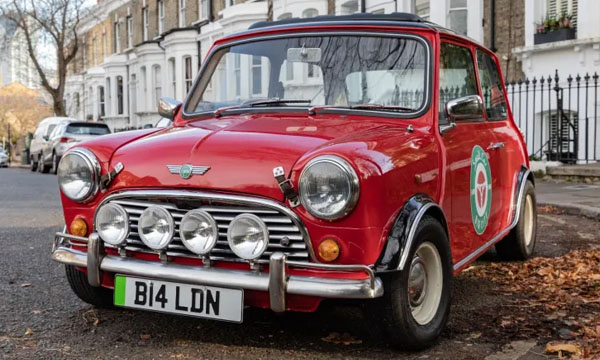 "In place of the traditional A-Series engine, Oxford-based EV conversion specialist Electrogenic has slotted in batteries and a Hyper 9 electric motor. Maximum power is up to 120hp, but has been reined in to just 45hp – similar to a standard Mini 1000 – to meet TfL licensing requirements."

"Part of a seven-strong fleet of Minis operated by hire company Small Car Big City, it has also been converted to electric power."

Robert Reich: Why Elon Musk Detests Joe Biden (And The Feeling Is Mutual) 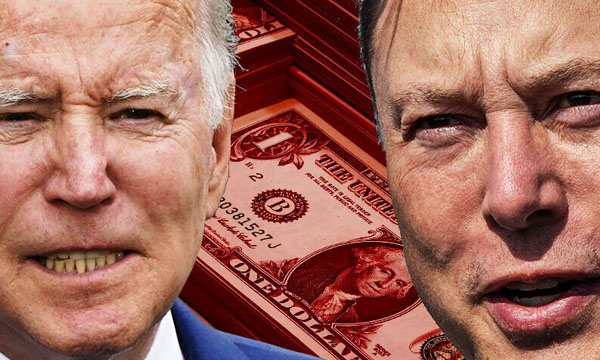 "The fiercely anti-union Musk has been livid ever since pro-union Biden pushed a provision in a bill that would benefit electric-car makers that are unionized at the expense of those that are not (namely Tesla).

"Musk may be an innovator, but he’s a lousy boss - with a long record of punishing his workers for exercising their rights under the labor laws and exposing them to unsafe working conditions." 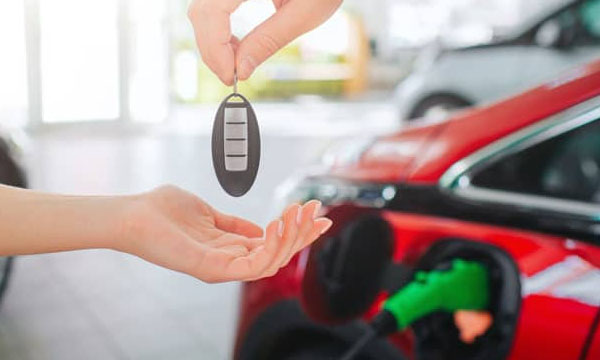 "Most of our analysis has shown that, from a financial perspective, if you’re buying a new vehicle, it makes a lot of sense for most people to at least strongly consider an electric vehicle if it fits their lifestyle...

"The question of eventual resale value remains unsettled. While Teslas retain their value very well, other electric cars with comparable battery range haven’t been on the market long..." 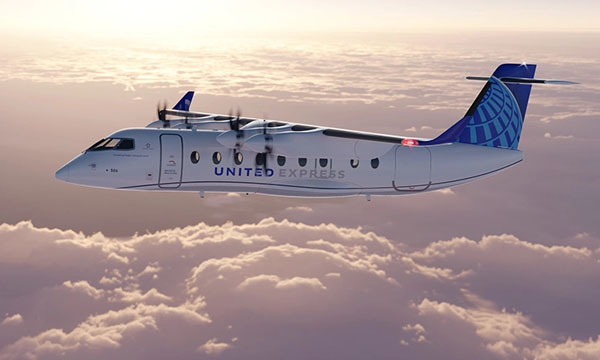 "...utilizing Heart Aerospace battery-powered aircrafts, United [aims to] undertake regional commercial flights with zero operational emissions...the ES-19 aircrafts will be larger than competing electric planes, seating up to 19 passengers, and fly up to 250 miles on a charge."

"Mesa Airlines, which is partnering with United to bring electric planes into commercial service, has also conditionally agreed to add 100 ES-19s..."

BMW and Architecture Firm Gensler Have a Vision for Post-Gas, Electric Future 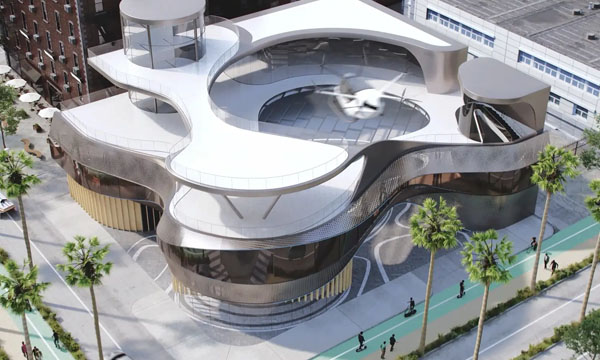 "By 2035, electric vehicles are expected to comprise 45% of all new car sales in the United States. This rapid development requires solutions for the roughly 145,000 gas stations that together account for over 3.6 billion square feet of real estate."

"The result is a concept the two companies are calling the "Nth Place": not an office, not a home, but something in between that fits to the new post-pandemic era of hybrid work." 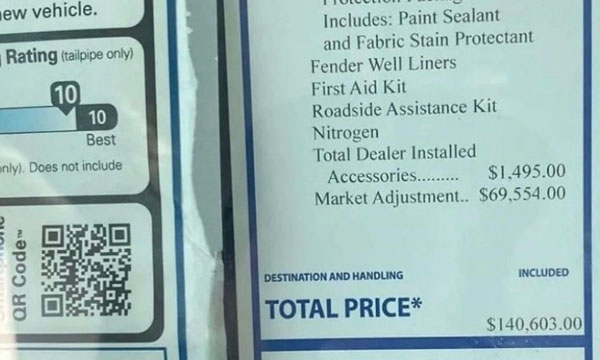 "Some Ford dealers have been taking advantage of that demand by charging extremely high "market adjustment” prices on top of the manufacturer's suggested retail price. We previously tracked some of those premiums and saw some as high as $30,000." 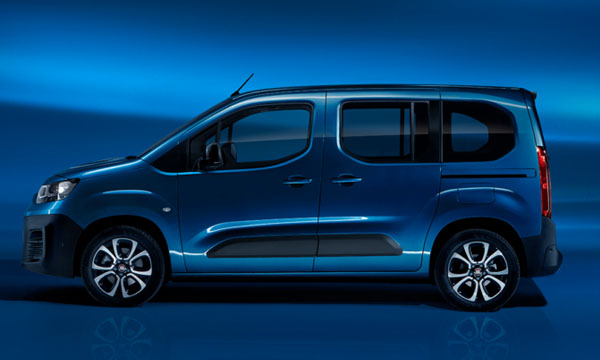 "The E-Doblo is powered by a combination of a 100-kW electric motor and a 50-kWh battery, a combination familiar from numerous other models of the Stellantis Group, which should enable the E-Doblo to cover more than 280 kilometres.

"...the maximum DC charging power is 100 kW. This means that the battery can be charged to 80 per cent in 30 minutes at the appropriate charging stations..."

VW's CUPRA to Launch Three Electric Models In Spain by 2025 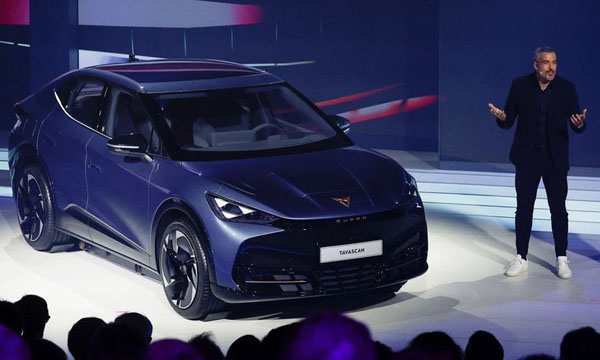 "Volkswagen's Spanish brand CUPRA will launch three electric models by 2025, including what would be its first fully electric vehicle to be made in Spain...

"In 2025, CUPRA will launch its UrbanRebel electric model. Production is planned at SEAT's Martorell Barcelona plant...It is the first electric vehicle to be assigned to Martorell, which aims to manufacture 500,000 electric cars a year." 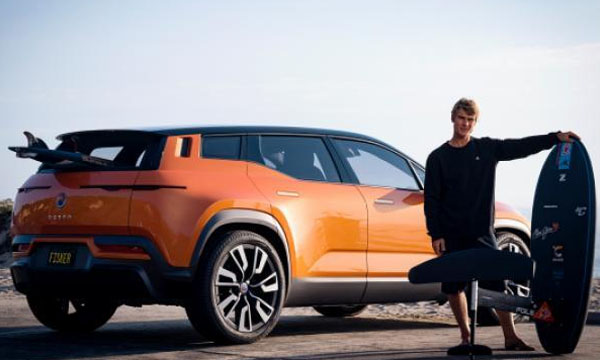 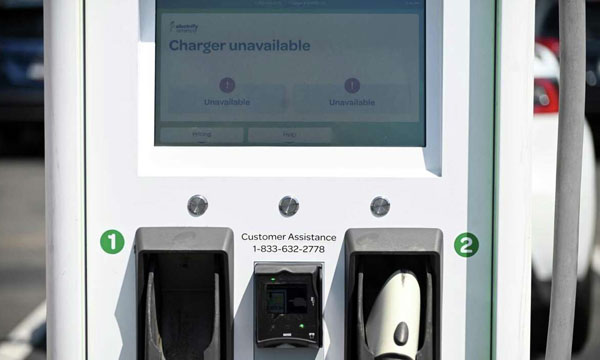 "Roughly 23 percent of 657 DC fast-charging public EV charging stations around the San Francisco Bay Area were deemed nonfunctional, according to a recent study carried out by University of California, Berkeley researchers. That works out to 151 terminals. "

"According to the researchers, 73 percent of DC fast charging points were considered functional, while 23 percent were deemed 'not functional.'

The Electric Cars of the Papillion Days Parade